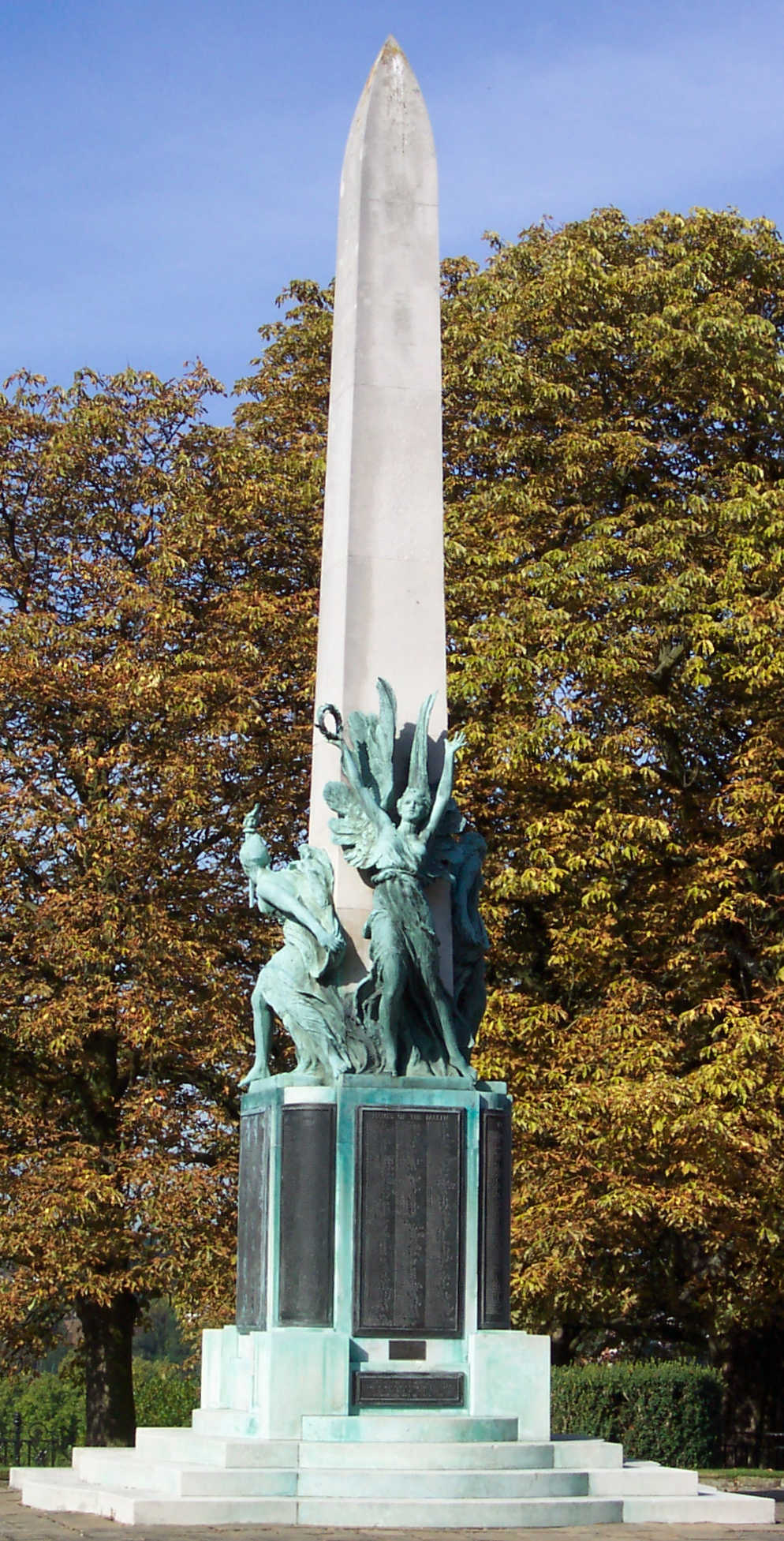 The Bromley War Memorial, situated at the top of the hill in St Martin’s recreation ground, was unveiled on 29th October 1922 by Lord Horne, G.C.B., K.C.M.G. and dedicated by the Bishop of Rochester John Reginald Harmer DD. The Portland stone pedestal is 27 feet 6 inches high.

The three figures in cast bronze represent “Victory” in the front, “Liberty” on the left and “Sorrowful Remembrances” on the right.

The memorial was designed and modelled by Sydney March, sculptor, and the bronze castings we executed by Messrs March Bros. of Farnborough.

There are four main panels in bronze with a total of 858 names raised in letters. An additional panel with 14 names was added at a later date. In 1949 side panels were added to commemorate the fallen of WW2. On 29th January 2018 the name of Lieutenant Commander Geoffrey White V.C. was added in the form of a stone in front of the memorial.

This website aims to commemorate the 873 men of Bromley whose names appear on the WW1 memorial. Over 800 names have been identified so far, though some names are suspected to be duplicates. There was no checking at the time that a person was being added more than once, i.e. his family could add him, also his place of work, or friend. This is an ongoing project and not all information for each man has been added. If you want to know more or have something you can add to a man’s story you can email Ann Fox via: contact@bromleywarmemorial.org.uk

During the research it has become clear that, for whatever reason, there are many more whose names are not listed.